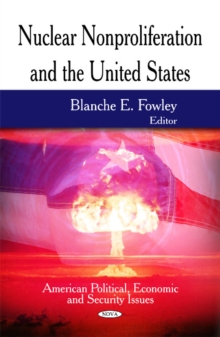 Arms control and non-proliferation efforts are two of the tools that have occasionally been used to implement U.S. national security strategy. Although some believe these tools do little to restrain the behaviour of U.S. adversaries, while doing too much to restrain U.S. military forces and operations, many other analysts see them as an effective means to promote transparency, ease military planning, limit forces, and protect against uncertainty and surprise.

This book examines the efforts, challenges, and issues of nuclear non-proliferation and threat reduction assistance between the U.S. and the global community.