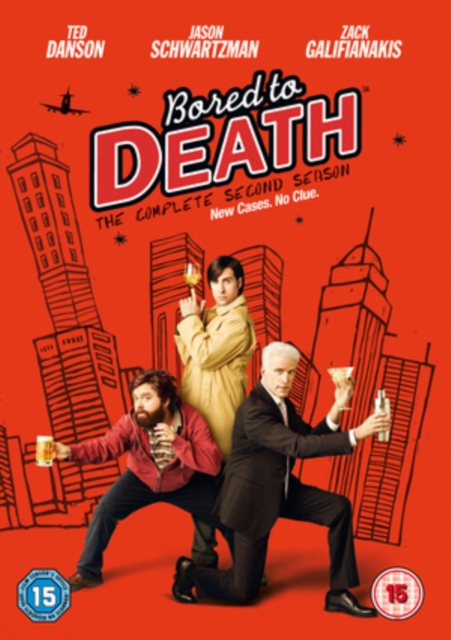 All eight episodes from the second season of the US comedy show.

In this series struggling writer Jonathan Ames (Jason Schwartzman) continues his second career in espionage but finds himself in a tricky situation when he is kidnapped.

His friends, Ray (Zach Galifianakis) and George (Ted Danson), attempt to save him but only end up getting into danger themselves.

The episodes comprise: 'Escape from the Dungeon!', 'Make It Quick, Fitzgerald!', 'The Gowanus Canal Has Gonorrhea!', 'I've Been Living Like a Demented God!', 'Forty-Two Down!', 'The Case of the Grievous Clerical Error!', 'Escape from the Castle!' and 'Super Ray Is Mortal!'.