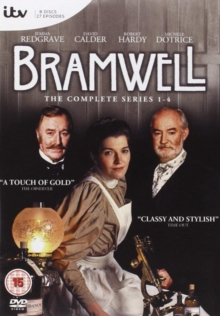 All episodes from the television drama series following Dr. Eleanor Bramwell (Jemma Redgrave) as she treats patients in a male-dominated profession in Victoria London.

She is ridiculed by the other doctors because she is female and even her father (David Calder), who is also a doctor, questions her.

She gets a chance to have a more influential position in the medical world when Lady Peters (Michele Dotrice) gives her a renovated building which Eleanor turns into a free hospital, where the poor citizens of the East End are able to seek help.

Can she continue to strive in such a difficult profession, in an era when women were thought to belong in the home?