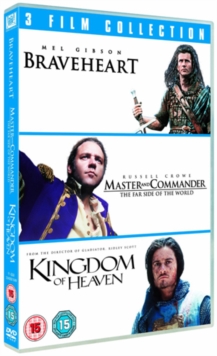 Braveheart/Master and Commander - The Far Side of the World/... DVD

Triple bill of historical adventures. 'Braveheart' (1995), directed by and starring Mel Gibson, tells the story of William Wallace (Gibson), a 14th century Scot who leads the natives against the English nobles staking their claim for lands and the Scottish throne.

Left an orphan by the brutality of the English - exemplified by the callousness of King Edward Longshanks (Patrick McGoohan) - Wallace grows up nursing a grievance against the English but determined to live a life of peace.

However, when his childhood love, Murron (Catherine McCormack), is murdered by English soldiers, the warlike side of Wallace is unleashed.

Teaming up with renegade noble Robert the Bruce (Angus Macfadyen), he determines to free Scotland from English oppression. 'Master and Commander - The Far Side of the World' (2003), an adaptation of the novel series by Patrick O'Brian, follows sea captain Jack Aubrey (Russell Crowe) on a dangerous voyage.

Having conquered much of Europe already, Napoleon's forces have now set their sights on taking Britain.

Captain Aubrey and the crew of his ship, the HMS Surprise - including Aubrey's friend, ship doctor Stephen Maturin (Paul Bettany) - are sent to the Pacific to intercept any ships from the French fleet.

When Aubrey eyes a renegade French super-frigate, the Surprise pursues, leading to an adrenaline-charged chase through the distant reaches of the sea. 'Kingdom of Heaven' (2005) follows the epic adventures of a common man who finds himself thrust into a decades-long war.

When humble blacksmith Balian (Orlando Bloom) discovers that he is in fact the son of a knight, he is moved to travel to the Holy Land to fight in the Crusades.

A stranger in a strange land, he serves a doomed King (Edward Norton), falls in love with an exotic and forbidden Princess (Eva Green), and ultimately finds himself bearing the responsibility of defending the holy city of Jerusalem. 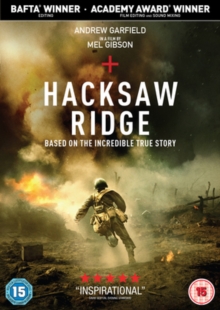 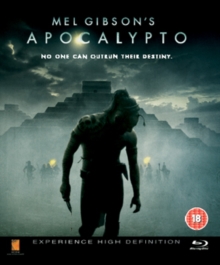 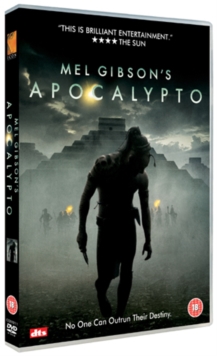 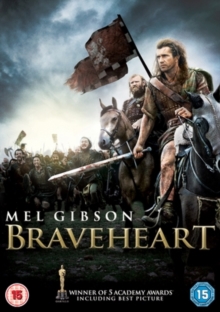