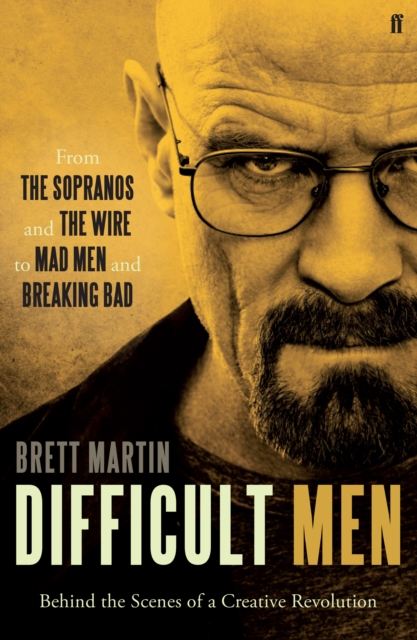 Difficult Men : From The Sopranos and The Wire to Mad Men and Breaking Bad Paperback / softback

In the late 1990s and early 2000s, a wave of TV shows, first on premium cable channels like HBO and then basic cable networks like FX and AMC, dramatically stretched television's inventiveness, emotional resonance and ambition.

Shows such as The Wire, Breaking Bad, The Sopranos, Mad Men, Deadwood, The Shield tackled issues of life and death, love and sexuality, addiction, race, violence and existential boredom. Television shows became the place to go to see stories of the triumph and betrayals of the American Dream at the beginning of the twenty-first century.

This revolution happened at the hands of a new breed of auteur: the all-powerful writer-show runner.

These were men nearly as complicated, idiosyncratic, and "difficult" as the conflicted protagonists that defined the genre.

Given the chance to make art in a maligned medium, they fell upon the opportunity with unchecked ambition. Difficult Men features extensive interviews with all the major players, including David Chase and James Gandolfini (The Sopranos), David Simon, Dominic West and Ed Burns (The Wire), Vince Gilligan (Breaking Bad), Matthew Weiner and Jon Hamm (Mad Men), David Milch (NYPD Blue, Deadwood) and Alan Ball (Six Feet Under), in addition to dozens of other writers, directors, studio executives and actors.

Martin takes us behind the scenes of our favourite shows, delivering never-before-heard story after story and revealing how TV has emerged from the shadow of film to become a truly significant and influential part of our culture. Brett Martin is the author of The Supranos: The Book(2007).

His work has appeared in The New York Times, The New Yorker, Food and Wine and Vanity Fair.

Difficult Men is an insightful history of popular US TV drama which traces the emergence of shows such as The Sopranos, Breaking Bad, Mad Men and The Wire, and explores their engagement with important social issues around love, sexuality, race and violence.