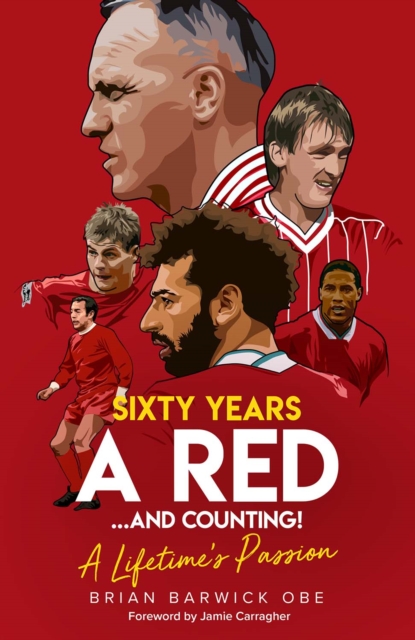 Sixty Years a Red and Counting! : A Lifetime's Passion Hardback

Sixty Years a Red... and Counting! is a unique, affectionate, fun and frank account of Liverpool FC over 60 years from the perspective of a dedicated fan and informed observer of Anfield life.

From attending his first game at Anfield in 1961, to watching the Kop sing and sway as the Reds plotted a triumphant course through the 1960s and early 70s under Bill Shankly, to league title glory with Bob Paisley and lifting the European Cup three times, Brian Barwick saw it all.

In his role as the FA's chief executive, he was in Istanbul for that unforgettable Champions League final. And like thousands of others he punched the air in his front room when the Reds finally lifted the Premier League trophy in 2020.

As a journalist and broadcaster, he gained special insight into Liverpool's triumphs while building a rapport with some of the club's top personalities.

This book takes you behind the scenes at Anfield to tell the story of Liverpool's rise from Second Division mediocrity to becoming one of the most recognisable names in world sport.