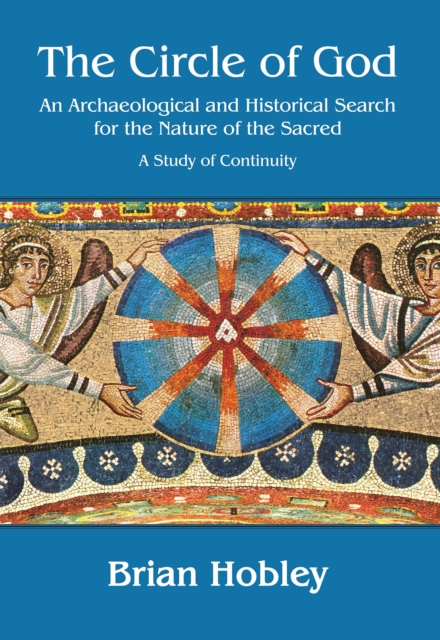 The Circle of God : An archaeological and historical search for the nature of the sacred: A study of continuity Paperback / softback

Symbolism was endemic in the ancient world as a visual language, with its interpretation one of the most important challenges, especially in the realm of the divine and sacred, to today's cognitive archaeology and Classical Studies.

This study is focussed on circular solar/cosmic symbolism which has endured for seven millennia in the European and Mediterranean worlds.

The potency of the solar/cosmic circle should not be understated, as this study will demonstrate, with its worldwide affiliation.

For all humankind is aware of the sun's benefits of light and warmth, and of the seasons which needed in the ancient world to be sustained by heavenly harmony through ritual, sacrifice and worship; hence the introduction of sympatheia, i.e. 'as above so below' thus satisfying society's need for a relationship with the natural world of the universe/sun.

To that end, Bronze Age people created circular landscapes such as Stonehenge with circular henges and burial monuments (barrows).

In the Classical Greco-Roman world, kingship required emperors to play a cosmocrator role acting as a beneficial solar/cosmic earthly filter for their people.

Thus Augustus adopted the primary solar Greek god Apollo as his patron, for he commanded prophecy and divination integral in the ancient world.

Divination and fate belonged to the Gods, with ancient astrology not just fortune telling but projecting the divine will and workings of the circular living orderly universe with the Sun the centre of Divine intelligence.

The pagan world inter-religious toleration was exchanged for Christian universalist monotheism which needed the solarisation of Christ by early Christian fathers to gain followers and permanent converts.

Such was the strength of solar tradition that the Emperor Constantine remained loyal nearly unto death, and up to medieval times Christ in Europe was still known as Sol Resurrectionus.