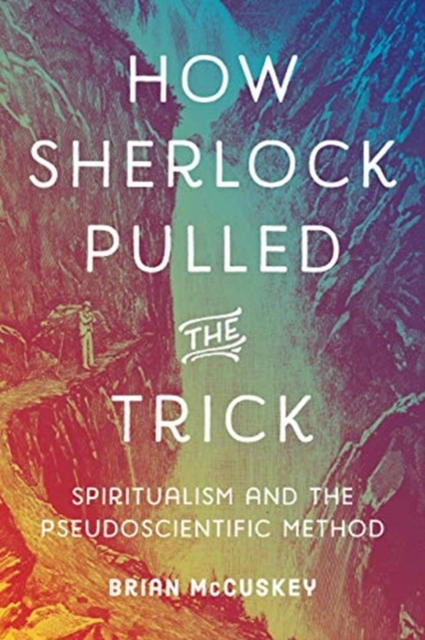 How Sherlock Pulled the Trick : Spiritualism and the Pseudoscientific Method Hardback

A masterful combination of literary study and author biography, How Sherlock Pulled the Trick guides us through the parallel careers of two inseparable men: Sherlock Holmes and his creator, Sir Arthur Conan Doyle.

Reconsidering Holmes in light of Doyle's well-known belief in Victorian spiritualism, Brian McCuskey argues that the so-called scientific detective follows the same circular logic, along the same trail of questionable evidence, that led Doyle to the seance room. Holmes's first case, A Study in Scarlet, was published in 1887, when natural scientists and religious apologists were hotly debating their differences in the London press.

In this environment, Doyle became convinced that spiritualism, as a universal faith based on material evidence, resolved the conflict between science and religion.

The character of Holmes, with his infallible logic, was Doyle's good faith solution to the cultural conflicts of his day.

Yet this solution has evolved into a new problem. Sherlock Holmes now authorizes the pseudoscience that corrupts our public sphere, defying logic, revising history, and promoting conspiracy theories.

As this book demonstrates, wearing a deerstalker does not make you a mastermind-more likely, it marks you as a crackpot. Fascinating and highly readable, How Sherlock Pulled the Trick returns the iconic Holmes to his mystical origins.