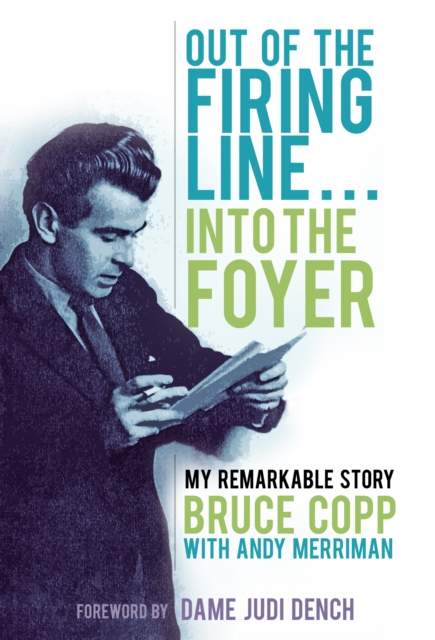 Out of the Firing Line ... Into the Foyer : My Remarkable Story Hardback

With an address book brimming with celebrity names and numbers, he swam regularly with a James Bond, dined with Charlie Chaplin, hung out with Lenny Bruce and spent an unforgettable night with Marlene Dietrich.

A reluctant hero, he served in the army throughout the Second World War where he dealt with prejudices towards homosexuality, witnessed the deaths of his comrades and tried to commit suicide by walking into enemy fire.

He miraculously survived and was mentioned twice in dispatches for bravery before being transferred to British Counter Intelligence where his duties included tracking down high-ranking Nazis.

After the war, Bruce went on to become an important figure in London's `swinging sixties', running a series of successful theatrical restaurants including Peter Cook's legendary The Establishment club, which attracted such icons of the era as Michael Caine, Jean Shrimpton and the Kray twins. Out of the Firing Line ... Into the Foyer is a fascinating memoir covering nearly 100 years of social history and personal experiences.