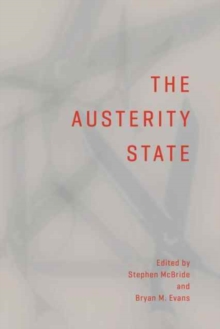 The fall-out from the economic and financial crisis of 2008 had profound implications for countries across the world, leading different states to determine the best approach to mitigating its effects.

In The Austerity State, a group of established and emerging scholars tackles the question of why states continue to rely on policies that, on many levels, have failed.

After 2008, austerity policies were implemented in various countries, a fact the contributors link to the persistence of neoliberalism and its accepted wisdoms about crisis management.

In the immediate aftermath of the 2008 collapse, governments and central banks appeared to adopt a Keynesian approach to salvaging the global economy.

This perception is mistaken, the authors argue. The "austerian" analysis of the crisis is ahistorical and shifts the blame from the under-regulated private sector to public, or sovereign, debt for which public authorities are responsible.

The Austerity State provides a critical examination of the accepted discourse around austerity measures and explores the reasons behind its continued prevalence in the world.