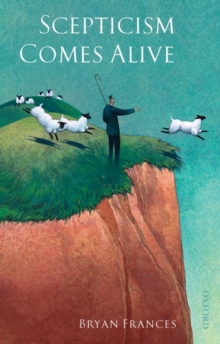 In epistemology the nagging voice of the sceptic has always been present.

Over the last thirty years or so philosophers have thought of several promising ways to counter the radical sceptic: for instance, facts about the reliability of our cognitive processes, principles determining which possibilities must be ruled out in order to have knowledge, and principles regarding the context-sensitivity of knowledge attributions.

In this entertaining and provocative book,Bryan Frances presents a new argument template for generating new kinds of radical scepticism, ones that hold even if all the clever anti-sceptical fixes defeat the traditional sceptic.

Not only is the argument schema novel, but the sceptical consequences are entirely unexpected.

Frances investigates the questions, 'Under what conditions do we need to rule out these error theories inorder to know things inconsistent with them?' and 'Can we rule them out?' Particular attention is paid to recent methods used to counter the traditional sceptic.

Sharp, witty, and fun to read, Scepticism Comes Alive will be highly provocative for anyone interested in knowledge and its limits.