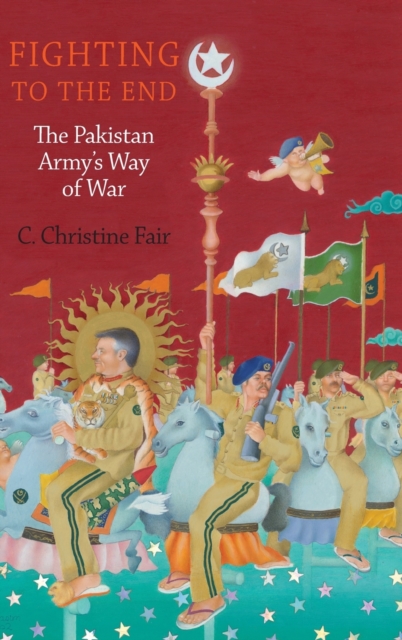 Fighting to the End : The Pakistan Army's Way of War Hardback

Pakistan's army has dominated the state for most of its 66 years. It has locked the country in an enduring rivalry with India to revise the maps in Kashmir and to resist India's slow but inevitable rise.

To prosecute these dangerous policies, the army employs non-state actors under the security of its ever-expanding nuclear umbrella. The Pakistan army started three wars with India over Kashmir in 1947, 1965, and 1999 and failed to win any of them.

It has sustaineda proxy war in Kashmir since 1989 using Islamist militants, some of whom have now turned their guns against the Pakistani state. The Pakistan army has supported non-Islamist insurgencies throughout India as well as a country-wide Islamist terror campaign that have brought the two countries to thebrink of war on several occasions. Despite Pakistan's efforts to coerce India, it has only achieved modest successes. Even though India vivisected Pakistan in 1971, Pakistan continues to see itself as India's equal and demands the world do the same.

The tools that the army prefers to use, non-state actors under a nuclear umbrella, has brought international opprobrium upon the country and the army.

In recent years, erstwhile proxies have turned their gun on the Pakistani state itself and itspeoples.

Why does the army persist in pursuing these revisionist policies that have come to imperil the very viability of the state itself, from which the army feeds?

This volume argues that the answer lies, at least partially, in the strategic culture of the army. From the army's distorted view ofhistory, the army is victorious as long as can resist India's purported hegemony and the territorial status quo.

To acquiesce is defeat. Because the army is unlikely to abandon these preferences, the world must prepare for an ever more dangerous future Pakistan.