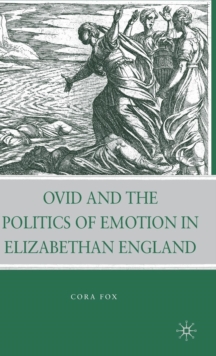 Ovid and the Politics of Emotion in Elizabethan England Hardback

Elizabethan English culture is saturated with tales and figures from Ovid s Metamorphoses.

While most of these narratives interrogate metamorphosis and transformation, many tales - such as those of Philomela, Hecuba, or Orpheus - also highlight heightened states of emotion, especially in powerless or seemingly powerless characters.

When these tales are translated and retold in the new cultural context of Renaissance England, a distinct politics of Ovidian emotion emerges.

Through intertextual readings in diverse cultural contexts, Ovid and the Politics of Emotion in Elizabethan England reveals the ways these representations helped redefine emotions and the political efficacy of emotional expression in sixteenth-century England. 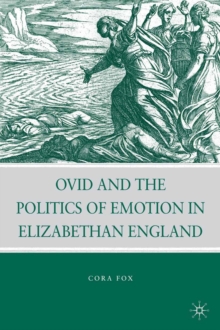 Ovid and the Politics of Emotion in...