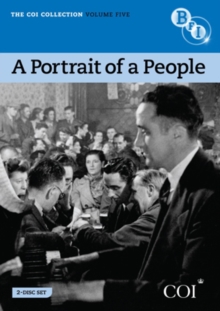 A collection of short information films made by the Central Office of Information (COI) throughout the latter half of the 20th century.

This volume focuses on the people of Britain, covering topics such as immigration, education and art.