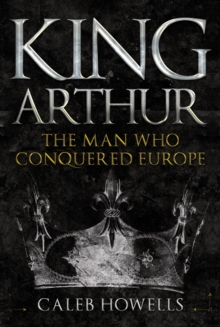 Who was King Arthur? That question has puzzled researchers for hundreds of years, yet still, no consensus has been reached.

However, whether it is concluded that he was a Celtic king or a Roman officer, or something in-between, there is one conclusion that virtually all investigators agree on: he was some kind of war leader who fought against the Saxons in Britain.

This is a fair conclusion, but it misses - or ignores - something crucial.

In the legends of Arthur, he engages in a monumental campaign into Europe and wages war against the Roman Empire.

Few researchers even attempt to offer an explanation for this, most simply dismissing it as fiction.

The few theories that have been offered to explain the historical origin of this part of the legend are invariably unconvincing and do not address the scale of Arthur's campaign in the legend. In this book, the historical event behind this legend is revealed.

Most importantly, the identity of the man who conquered Europe is discovered and it is shown exactly how he came to be known as King Arthur.