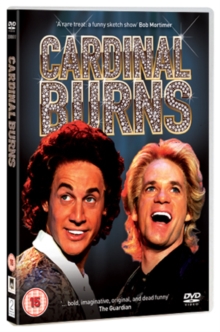 All six episode from the comedy sketch show co-written by and starring Seb Cardinal and Dustin Demri-Burns.

Throughout the series the duo take on the roles of various recurring characters including gossipy taxi controllers Phil and Terry who share stories about anything and everything, office workers, the nerdy Charlie and the attractive 'New Guy', who practise their flirting techniques and street artist Banksy who reveals his real identity for the first time.