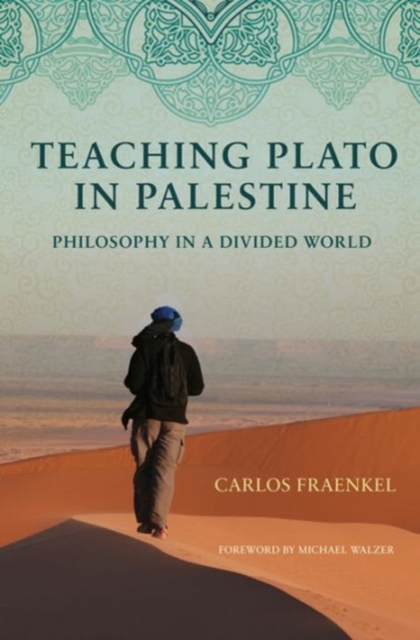 Teaching Plato in Palestine is part intellectual travelogue, part plea for integrating philosophy into our personal and public life.

Philosophical toolkit in tow, Carlos Fraenkel invites readers on a tour around the world as he meets students at Palestinian and Indonesian universities, lapsed Hasidic Jews in New York, teenagers from poor neighborhoods in Brazil, and the descendants of Iroquois warriors in Canada.

They turn to Plato and Aristotle, al-Ghaz?l? and Maimonides, Spinoza and Nietzsche for help to tackle big questions: Does God exist?

Is piety worth it? Can violence be justified? What is social justice and how can we get there? Who should rule? And how shall we deal with the legacy of colonialism?

Fraenkel shows how useful the tools of philosophy can be--particularly in places fraught with conflict--to clarify such questions and explore answers to them.

In the course of the discussions, different viewpoints often clash.

That's a good thing, Fraenkel argues, as long as we turn our disagreements on moral, religious, and philosophical issues into what he calls a "culture of debate."Conceived as a joint search for the truth, a culture of debate gives us a chance to examine the beliefs and values we were brought up with and often take for granted.

It won't lead to easy answers, Fraenkel admits, but debate, if philosophically nuanced, is more attractive than either forcing our views on others or becoming mired in multicultural complacency--and behaving as if differences didn't matter at all.