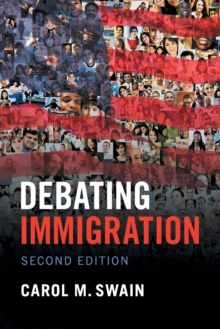 Debating Immigration presents twenty-one original and updated essays, written by some of the world's leading experts and pre-eminent scholars that explore the nuances of contemporary immigration in the United States and Europe.

This volume is organized around the following themes: economics, demographics and race, law and policy, philosophy and religion, and European politics.

A timely second edition, Debating Immigration is an effort to bring together divergent voices to discuss various aspects of immigration often neglected or buried in discussions.