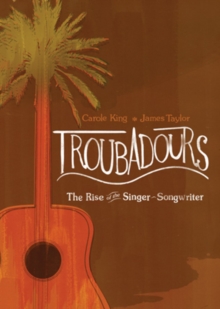 Carole King/James Taylor: Troubadours - The Rise of The... DVD

Documentary tracing the early days of the American west-coast singer-songwriter movement, and in particular the career of two of its leading lights, Carole King and James Taylor.

Using archive footage and contributions from among others Jackson Browne, David Crosby, Bonnie Raitt, Roger McGuinn and Elton John, the film charts the singers rise to fame playing at the Troubadour club in L.A. in the early 1970s, culminating in their appearance together at the venue's 50th anniversary celebrations.