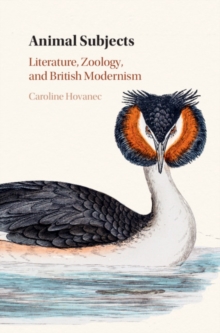 Animal Subjects identifies a new understanding of animals in modernist literature and science.

Drawing on Darwin's evolutionary theory, British writers and scientists of the late nineteenth and early twentieth centuries began to think of animals as subjects dwelling in their own animal worlds.

Both science and literature aimed to capture the complexity of animal life, and their shared attention to animals pulled the two disciplines closer together.

Animal Subjects tracks the coevolution of literature and zoology in works by H.

B. S. Haldane. Examining the rise of ecology, ethology, and animal psychology, this book shows how new, subject-centered approaches to the study of animals transformed literature and science in the modernist period.