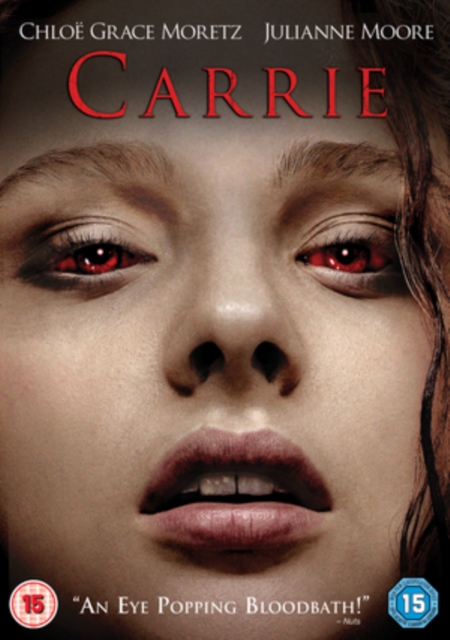 Carrie White (Moretz) has had a troubled upbringing.

At home her Christian fundamentalist mother Margaret (Moore) is an unstable and abusive fanatic, while at school she endures severe bullying from her classmates.

Carrie gradually realises, through her increasingly violent reactions to the torments she suffers, that she has an unusual gift: the power to manipulate objects with her mind.

When a particularly vicious prank is played on her at the school prom, pushing her into a state of uncontrollable fury, the full force of Carrie's telekinetic ability is finally unleashed.

Will anyone survive her thirst for vengeance?