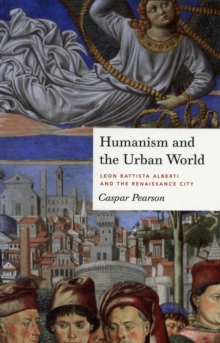 Humanism and the Urban World : Leon Battista Alberti and the Renaissance City Hardback

In Humanism and the Urban World, Caspar Pearson offers a profoundly revisionist account of Leon Battista Alberti's approach to the urban environment as exemplified in the extensive theoretical treatise De re aedificatoria (On the Art of Building in Ten Books), brought mostly to completion in the 1450s, as well as in his larger body of written work.

Past scholars have generally characterized the Italian Renaissance architect and theorist as an enthusiast of the city who envisioned it as a rational, Renaissance ideal.

Pearson argues, however, that Alberti's approach to urbanism was far more complex-that he was even "essentially hostile" to the city at times.

Rather than proposing the "ideal" city, Pearson maintains, Alberti presented a variety of possible cities, each one different from another.

This book explores the ways in which Alberti sought to remedy urban problems, tracing key themes that manifest in De re aedificatoria.

Chapters address Alberti's consideration of the city's possible destruction and the city's capacity to provide order despite its intrinsic instability; his assessment of a variety of political solutions to that instability; his affinity for the countryside and discussions of the virtues of the active versus the contemplative life; and his theories of aesthetics and beauty, in particular the belief that beauty may affect the soul of an enemy and thus preserve buildings from attack. 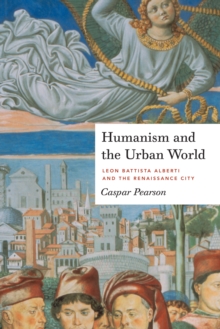 Humanism and the Urban World