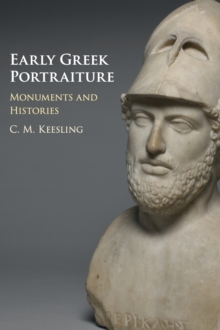 In this book, Catherine M. Keesling lends new insight into the origins of civic honorific portraits that emerged at the end of the fifth century BC in ancient Greece.

Surveying the subjects, motives and display contexts of Archaic and Classical portrait sculpture, she demonstrates that the phenomenon of portrait representation in Greek culture is complex and without a single, unifying history.

Bringing a multi-disciplinary approach to the topic, Keesling grounds her study in contemporary texts such as Herodotus' Histories and situates portrait representation within the context of contemporary debates about the nature of arete (excellence), the value of historical commemoration and the relationship between the human individual and the gods and heroes.

She argues that often the goal of Classical portraiture was to link the individual to divine or heroic models.

Offering an overview of the role of portraits in Archaic and Classical Greece, her study includes local histories of the development of Greek portraiture in sanctuaries such as Olympia, Delphi and the Athenian Acropolis. 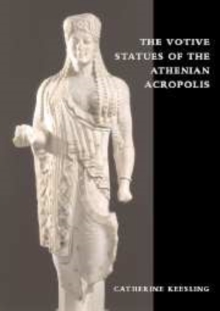 The Votive Statues of the Athenian...