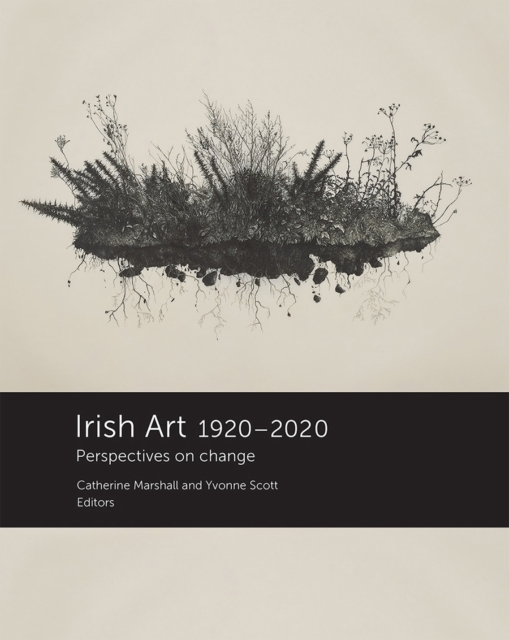 Irish Art 1920-2020: Perspectives on change by Catherine Marshall and Yvonne Scott, is a generously-illustrated book in which eleven authors examine different aspects of Irish art through the hundred years or so since independence.

During this time, art in Ireland has borne witness to unprecedented social and political transformation, and this book of essays considers how some of the established perspectives in Irish visual culture were challenged and represented during this time. Art in Ireland has been shaped by a range of factors - the country's geographic position, post-colonial history, political upheaval, religious environment - and of course the complex interconnections both within and beyond the country, prompted by shifting patterns within society - identities, migration, technology, for example - as well as the artists' evolving engagement with the wider world. This is not a linear story; each chapter explores a particular aspect of art, how it reflected the interests of artists, the environments in which they worked both in Ireland and abroad, and how subjects and methods changed over time.

The extensive richness of the last century or so, as well as the diversity, creativity and originality of the artists means that no single text can ever be comprehensive, and this one makes no such claims.

Rather, his book, however, is a kind of map; it does not pretend to fully represent the entire narrative but may provide some useful clues to negotiating parts of it, or at least the basis for further exploration and debate.