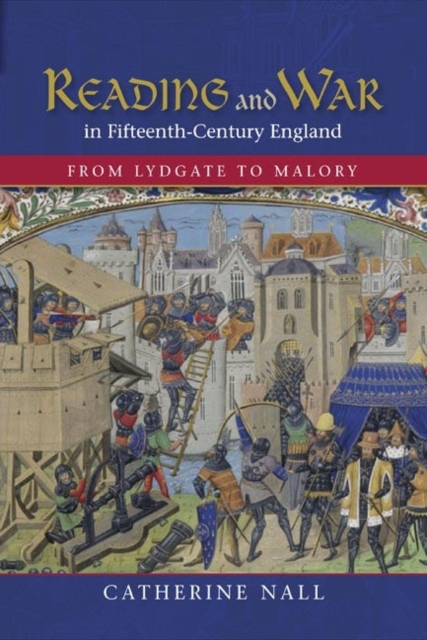 Reading and War in Fifteenth-Century England : From Lydgate to Malory Hardback

Offers an impressive vision of a militaristic culture and its thinking, reading and writing.

This is war as political and economic practice - the continuation of politics by other means.

The book develops that feeling of war as avery real practical and intellectual problem and shows how a discourse community comes to share its thinking: in the processes of translating, annotating, rewriting, and so on.

A major contribution to the literary history of thefifteenth century.

Professor Daniel Wakelin, University of Oxford. Reading, writing and the prosecution of warfare went hand in hand in the fifteenth century, demonstrated by the wide circulation and ownership of military manuals and ordinances, and the integration of military concerns into a huge corpus of texts; but their relationship has hitherto not received the attention it deserves, a gap which this book remedies, arguing that the connections are vital to the literary culture of the time, and should be recognised on a much wider scale.

Beginning with a detailed consideration of the circulation of one of the most important military manuals in the Middle Ages, Vegetius' De re militari, it highlights the importance of considering the activities of a range of fifteenth-century readers and writers in relation to the wider contemporary military culture.

It shows how England's wars in France and at home, and the wider rhetoric and military thinking those wars generated, not only shaped readers' responses to their texts but also gave rise to the production of one of the most elaborate, rich and under-recognised pieces of verse of the Wars of the Roses in the form of Knyghthode and Bataile.

It also indicates how the structure, language and meaning of canonical texts, including those by Lydgate and Malory, were determined by the military culture of the period. Catherine Nall is Senior Lecturer in Medieval Literature at Royal Holloway, University of London.