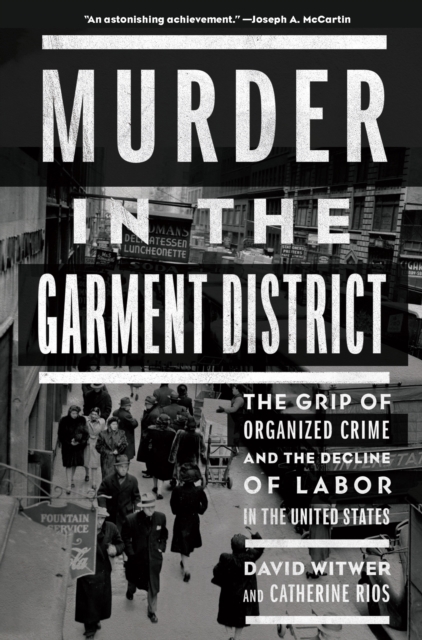 Murder In The Garment District : The Grip of Organized Crime and the Decline of Labor in the United States Hardback

In 1949, in New York City's crowded Garment District, a union organizer named William Lurye was stabbed to death by a mob assassin.

Through the lens of this murder case, prize-winning authors David Witwer and Catherine Rios explore American labor history at its critical turning point, drawing on FBI case files and the private papers of investigative journalists who first broke the story.

A narrative that originates in the garment industry of mid-century New York, which produced over 80 percent of the nation's dresses at the time, Murder in the Garment District quickly moves to a national stage, where congressional anti-corruption hearings gripped the nation and forever tainted the reputation of American unions.