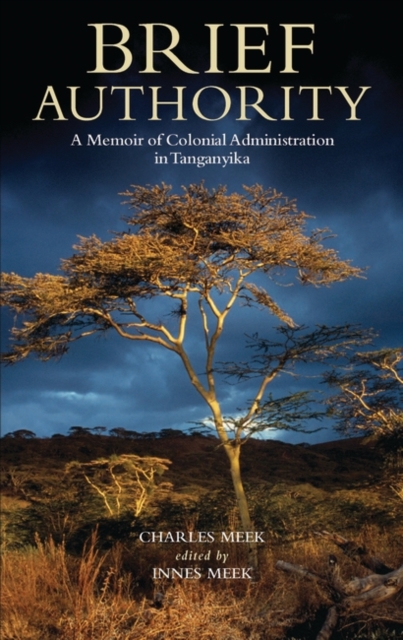 Brief Authority : A Memoir of Colonial Administration in Tanganyika Hardback

Charles Innes Meek's account of his twenty years in Tanganyika - now Tanzania - goes to the heart of British colonial rule at the end of empire.

Arriving in the former German colony during the dark days of World War II, Meek describes the challenges of living in a remote colony in war-time and of life among a remarkable cast of frontier characters and colleagues.

Once the independence movement had taken hold, in 1957 Meek was moved to Dar es Salaam.

Here he was embroiled in the fast-moving events leading to decolonization, working as Permanent Secretary to the Chief Minister, Julius Nyerere.

Following independence, he became the first Head of the Tanganyika Civil Service. 'Brief Authority' is a fascinating story for all readers interested in the inside story of the British Colonial service at the end of empire from the perspective of a Colonial officer.