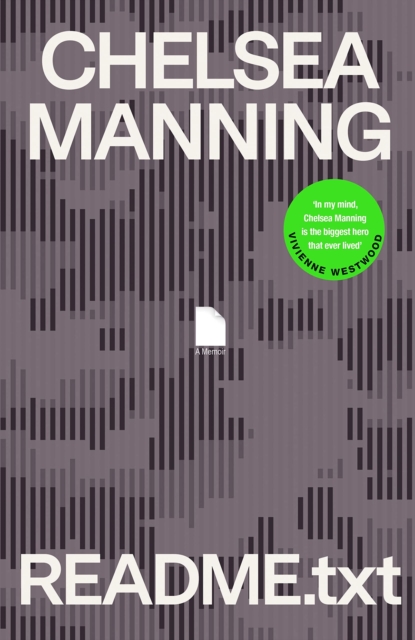 An extraordinarily brave and moving memoir from one of the world's most famous transparency activists and trans women. 'A terrific read full of unexpected turns and details' Guardian 'Chelsea Manning is the biggest hero that ever lived' Vivienne Westwood'Searing ... uplifting ... redemptive' The New York Times'Electrifying ... an insider confessional turned inside out for the 21st century' Washington PostIn 2010, Chelsea Manning was working as an intelligence analyst for the US Army in Iraq.

She disclosed 720,000 classified military documents that she had smuggled out via the memory card of her digital camera.

By far the largest leak in history, these documents revealed a huge number of diplomatic cables and footage of atrocities.

She was sentenced to 35 years in military prison. The day after her conviction, Chelsea declared her gender identity as a woman and began to transition.

She was sent to a male prison, spent much of that time in appalling conditions in solitary confinement and attempted suicide multiple times.

In 2017, after a lengthy legal challenge and an outpouring of support, President Obama commuted her sentence. README.txt is a story of personal revolt, resilience and survival.Chelsea details the challenges of her childhood and adolescence in Oklahoma and in her mother's native Wales.

She writes revealingly and movingly about a period of homelessness in Chicago, living under 'Don't Ask, Don't Tell' in the US Army, and the experience of coming to terms with her gender identity and undergoing hormone therapy in prison.

We witness her Kafkaesque trial and heroic quest for release. This powerful, courageous and observant memoir sheds light on the big themes of today - identity, authenticity, technology, the authoritarian state - and will stand as one of the definitive testaments of our digital, information-driven age. *CHOSEN BY THE SUNDAY TIMES, NEW STATESMAN AND COSMOPOLITAN AS A FORTHCOMING BOOK TO READ*