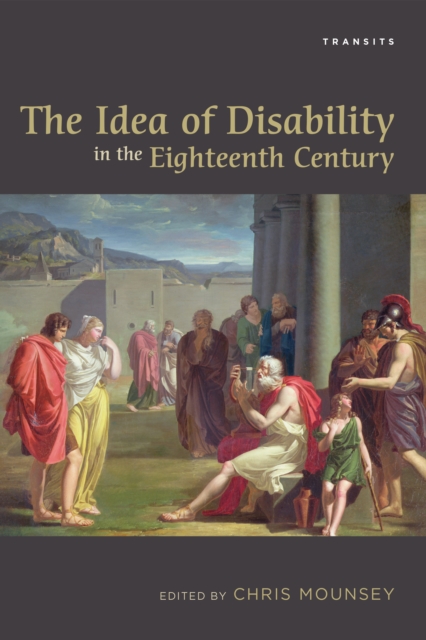 The Idea of Disability in the Eighteenth Century Paperback / softback

The Idea of Disability in the Eighteenth Century explores disabled people who lived in the eighteenth century.

The first four essays consider philosophical writing dating between 1663 and 1788, when the understanding of disability altered dramatically.

We begin with Margaret Cavendish, whose natural philosophy rejected ideas of superiority or inferiority between individuals based upon physical or mental difference.

We then move to John Locke, the founder of empiricism in 1680, who believed that the basis of knowledge was observability, but who, faced with the lack of anything to observe, broke his own epistemological rules in his explanation of mental illness.

Understanding the problems that empiricism set up, Anthony Ashley Cooper, Lord Shaftesbury, turned in 1711 to moral philosophy, but also founded his philosophy on a flaw.

He believed in the harmony of "the aesthetic trinity of beauty, truth, and virtue" but he could not believe that a disabled friend, whom he knew to have been moral before his physical alteration, could change inside. Lastly, we explore Thomas Reid who in 1788 returned to the body as the ground of philosophical enquiry and saw the body as a whole-complete in itself and wanting nothing, be it missing a sense (Reid was deaf) or a physical or mental capacity. At the heart of the study of any historical artifact is the question of where to look for evidence, and when looking for evidence of disability, we have largely to rely upon texts.

However, texts come in many forms, and the next two essays explore three types-the novel, the periodical and the pamphlet-which pour out their ideas of disability in different ways. Evidence of disabled people in the eighteenth century is sparse, and the lives the more evanescent.

The last four essays bring to light little known disabled people, or people who are little known for their disability, giving various forms of biographical accounts of Susanna Harrison, Sarah Scott, Priscilla Poynton and Thomas Gills, who are all but forgotten in the academic world as well as to public consciousness.