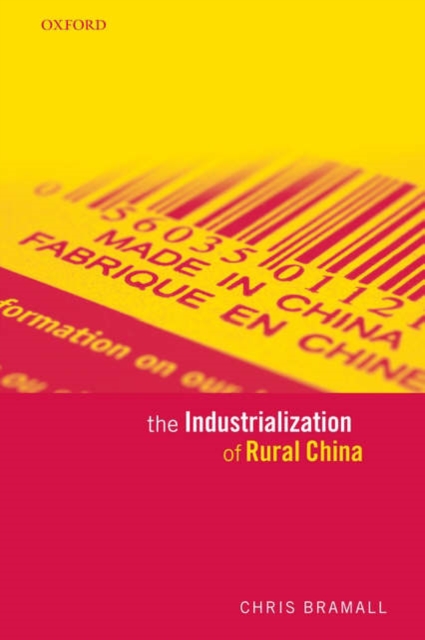 The Industrialization of Rural China Hardback

The growth of rural industry in China since 1978 has been explosive.

By means of a combination of privatization, liberalization and fiscal decentralization, it is argued, rural industrialization has taken off.

This book takes issue with such claims. Using a newly constructed dataset covering all of China's 2000 plus counties and complemented by a detailed econometric study of county-level industrialization in the provinces of Sichuan, Guangdong and Jiangsu, the author demonstrates that history mattered.

More precisely, it is argued that the development of rural industry in the Maoist period set in motion a process of learning-by-doing whereby China's rural workforce gradually acquired an array of skills and competencies.

As a result, ruralindustrialization was accelerating well before the 1978 climacteric.

The growth of the 1980s and 1990s is therefore likely to be a continuation of this process.

Without prior Maoist development of skills, the growth of the post-1978 era would have been much slower, and perhaps would not haveoccurred at all - as has been the case in countries such as India and Vietnam.

This is not to say that the Maoist legacy was without flaw.

Many of the rural industries created under Mao were geared towards meeting defence-related objectives resulting in inefficiencies, and there can be no question that post-1978 policy changes facilitated the growth process.

But without the Maoist inheritance, rural industrialization across China would have been unsuccessful.