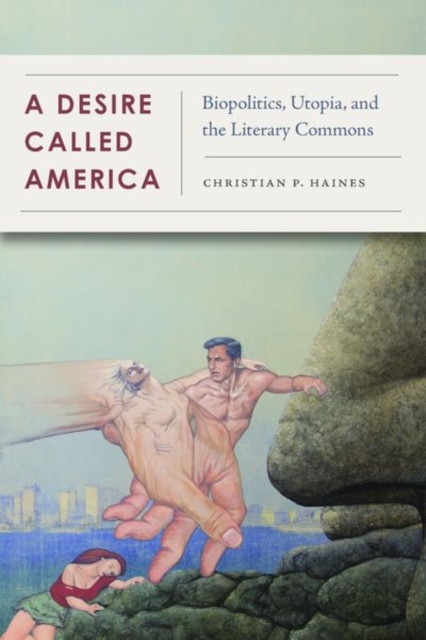 Critics of American exceptionalism usually view it as a destructive force eroding the radical energies of social movements and aesthetic practices.

In A Desire Called America, Christian P. Haines confronts a troubling paradox: Some of the most provocative political projects in the United States are remarkably invested in American exceptionalism.

Riding a strange current of U.S. literature that draws on American exceptionalism only to overturn it in the name of utopian desire, Haines reveals a tradition of viewing the United States as a unique and exemplary political model while rejecting exceptionalism's commitments to nationalism, capitalism, and individualism.

Through Walt Whitman, Emily Dickinson, William S. Burroughs, and Thomas Pynchon, Haines brings to light a radically different version of the American dream-one in which political subjects value an organization of social life that includes democratic self-governance, egalitarian cooperation, and communal property. A Desire Called America brings utopian studies and the critical discourse of biopolitics to bear upon each other, suggesting that utopia might be less another place than our best hope for confronting authoritarianism, neoliberalism, and a resurgent exclusionary nationalism.