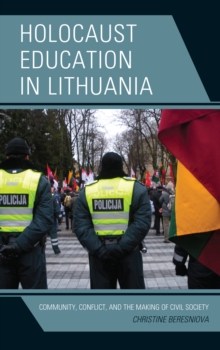 Holocaust Education in Lithuania : Community, Conflict, and the Making of Civil Society Hardback

Holocaust Education in Lithuania is based on a six-year, multi-sited ethnographic research project that was conducted to analyze the effects of the controversial policies of Holocaust education which were introduced as conditions of membership for access into post-Soviet western alliances.

In order to understand how individuals take up transnational policies and programs intended to support democratization, Beresniova delves into rarely discussed issues.

She looks at the means through which inherent cultural and political assumptions have had an impact on the ways in which memory and history are used in educational programs.

She also scrutinizes the motivating factors for involvement in Holocaust education, such as the importance of community building, civic activism beyond the topic of the Holocaust, and the perceived power of the international community in dictating domestic education policy guidelines.

Beresniova contends that educators must acknowledge the political and cultural elements in Holocaust education programs and policies, or risk undermining their own efforts.

This book is recommended for scholars of anthropology, education, history, political science, and European studies. 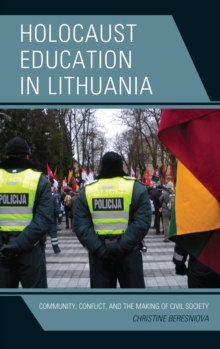