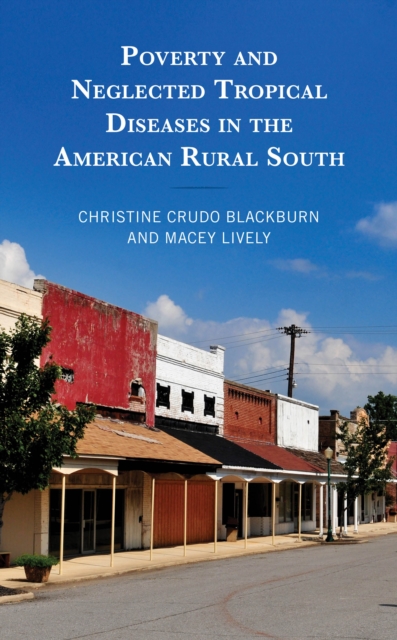 Lively study regions of the United States rarely acknowledged by the average American.

These are regions of extreme poverty in the rural American South where a mixture of historical discrimination, structural discrimination, lack of opportunities, and decaying infrastructure conspire to create an environment conducive to chronic, debilitating diseases known as Neglected Tropical Diseases (NTDs).

Blackburn and Lively explore the conditions that allow NTDs to thrive in a wealthy nation like the United States when such diseases are typically associated with the poorest communities in Africa, Asia, and South America.

Poverty and Neglected Tropical Diseases pulls back the curtain on the reality of poverty and disease in America and tell the story of failing sanitation infrastructure, the lack of clean water, the inability to access healthcare, and the lack of financial insecurity through the eyes of those living it every day.