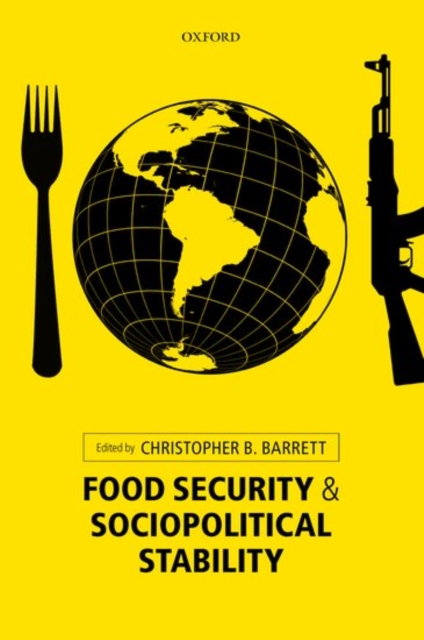 Edited by Christopher B. (Stephen B. and Janice G. Ashley Professor of Applied Economics and Manageme Barrett

Global food price spikes in 2008 and again in 2011 coincided with a surge of political unrest in low- and middle-income countries.

Angry consumers took to the streets in scores of nations.

In some places, food riots turned violent, pressuring governments and in a few cases contributed to their overthrow.

With scientists cautioning that the world has entered a new era of steadilyrising food prices, perhaps aggravated by climate change, the specter of widespread food insecurity and sociopolitical instability weighs on policymakers worldwide.

In the past few years, governments and philanthropic foundations began redoubling efforts to resuscitate agricultural research andtechnology transfer, as well as to accelerate the modernization of food value chains to deliver high quality food inexpensively, faster, and in greater volumes to urban consumers.

But will these efforts suffice? This volume explores the complex relationship between food security and sociopolitical stability up to roughly 2025. Organized around a series of original essays by leading global technical experts, a key message of this volume is that actions taken in an effort to address food securitystressors may have consequences for food security, stability, or both that ultimately matter far more than the direct impacts of biophysical drivers such as climate or land or water scarcity.

The means by which governments, firms, and private philanthropies tackle the food security challenge of thecoming decade will fundamentally shape the relationship between food security and sociopolitical stability.