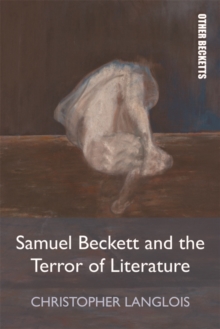 Samuel Beckett and the Terror of Literature Paperback / softback

Provides a sustained comparative reading of the relation between Beckett and Blanchot through its novel conception of the language and phenomenon of terrorSamuel Beckett and the Terror of Literature addresses the relevance of terror to understanding the violence, the suffering, and the pain experienced by the narrative voices of Beckett's major post-1945 works in prose: The Unnamable, Texts for Nothing, How It Is, Company, Ill Seen Ill Said, and Worstward Ho.

Through a sustained dialogue with the theoretical work of Maurice Blanchot, it accomplishes a systematic interrogation of what happens in the space of literature when writing, and first of all Beckett's, encounters the language of terror, thereby giving new significance - ethical, ontological, and political - to what speaks in Beckett's texts.