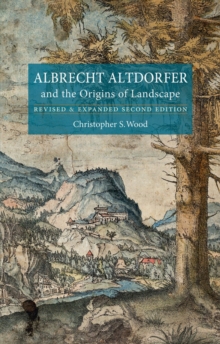 Albrecht Altdorfer and the Origins of Landscape Paperback / softback

In the early sixteenth century, Albrecht Altdorfer promoted landscape from its traditional role as background to its new place as the focal point of a picture.

His paintings, drawings, and etchings appeared almost without warning and mysteriously disappeared from view just as suddenly.

In Albrecht Altdorfer and the Origins of Landscape, Christopher S.

Wood shows how Altdorfer transformed what had been the mere setting for sacred and historical figures into a principal venue for stylish draftsmanship and idiosyncratic painterly effects.

At the same time, his landscapes offered a densely textured interpretation of that quintessentially German locus--the forest interior.