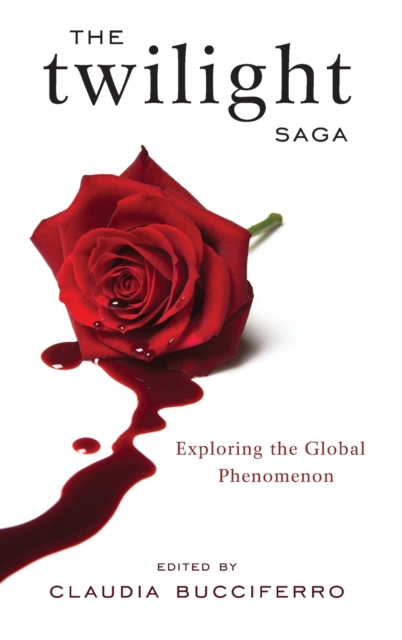 When Stephenie Meyer's first novel, Twilight, was published in 2005, it had an astounding reception, selling millions of copies.

The worldwide success of the movie adaptations further cemented the series as a cultural force on par with other popular franchises such as Harry Potter.

But why is this? What is it about Twilight that makes it so appealing to people? And what does Twilight's success reveal about transnational cultural trends?

In The Twilight Saga: Exploring the Global Phenomenon, Claudia Bucciferro has assembled a collection of essays that examine the series from a variety of perspectives.

The essays in this volume consider both the books and the movies, emphasizing the relationships among the texts, the audience, the entertainment industry, and other aspects of the multimillion-dollar franchise. Organized into five sections, the chapters offer a contextualization of the series' appeal, explore different types of Twilight audiences, analyze the cultural referents associated with the main characters, and present new ideas regarding representations of gender, sex, class, and race.

Concluding essays examine the saga's influence, unveiling its links to newer works such as The Hunger Games, True Blood, and Fifty Shades of Grey. Making sense of how the popular franchise fits within larger contexts, this collection addresses Twilight from an interdisciplinary framework, including insights from history, philosophy, literature, sociology, fan studies, intercultural communication, film studies, and more.

Featuring contributions by scholars from the United States, France, Spain, Chile, and Australia, this book emphasizes the international and intercultural relevance of the Twilight phenomenon.

The collection is aimed at scholars and students of media and popular culture, but it will also appeal to general readers who are familiar with the series.