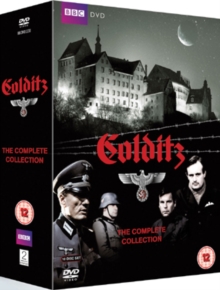 The series portrays the tortuous experiences of Allied prisoners of war incarcerated at Colditz Castle during World War II.

Purpose-built by the Nazis to hold high-risk and politically important prisoners, the prison had a reputation for being escape-proof, but this did not stop its prisoners from making many attempts to escape their captivity.

The series dramatises various real events in the prison's history from the arrival of the first British prisoners after Dunkirk until the liberation of the castle by the Americans in 1945, and also explores the relationships formed between the various nationalities and their German captors.