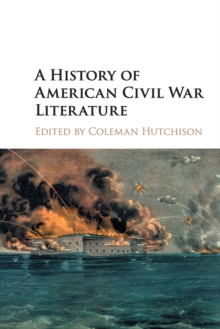 This book is the first omnibus history of the literature of the American Civil War, the deadliest conflict in US history.

A History of American Civil War Literature examines the way in which the war has been remembered and rewritten over time in prose, poems, and other narratives.

This history incorporates new directions in Civil War historiography and cultural studies while giving equal attention to writings from both northern and southern states.

It redresses the traditional neglect of southern literary cultures by moving between the North and the South, thus finding a balance between Union and Confederate texts.

Written by leading scholars in the field, this book works to redefine the boundaries of American Civil War literature while posing a fundamental question: why does this 150-year-old conflict continue to capture the American imagination?