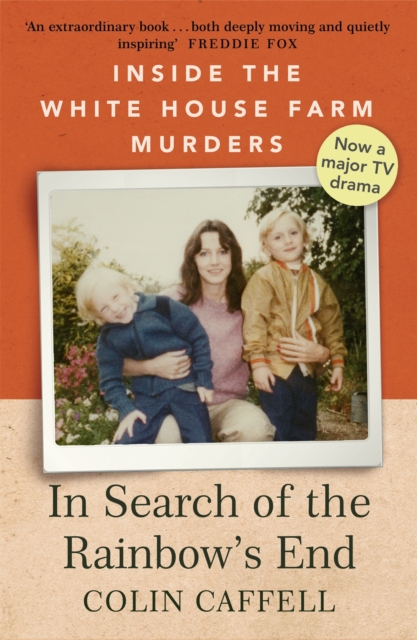 In Search of the Rainbow's End : Inside the White House Farm Murders Paperback / softback

The victims were Nevill and June Bamber; their adopted daughter Sheila Caffell, divorced from her husband Colin; and Sheila and Colin's twin sons, Nicholas and Daniel.

Only one survivor remained: the Bamber's other adopted child, Jeremy Bamber.

Following his lead, the police - and later the press - blamed the murders on Sheila, who, so the story went, then committed suicide. Written by Sheila's ex-husband Colin and originally published in 1994, In Search of the Rainbow's End is the first and only book about the White House Farm murders to have been written by a family member.

It is the inside story of two families into whose midst the most monstrous events erupted.

When Jeremy Bamber is later convicted on all five counts of murder, Colin is left to pick up the pieces of his life after not only burying his ex-wife, two children and parents-in-law, but also having to cope with memories of Sheila almost shattered by a predatory press hungry for stories of sex, drugs and the high life.

Colin's tale is not just a rare insider's picture of murder, but testimony to the strength and resilience of one man in search of healing after trauma: he describes his process of recovery, a process that led to his working in prisons, helping to rehabilitate,among others, convicted murderers.

By turns emotive, terrifying, and inspiring, Colin Caffell's account of mass murder and its aftermath will not fail to move and astonish.