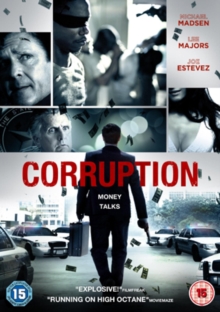 Stan is excited about being sent to college in the United States, where he looks forward to investigating the workings of the world's most celebrated democracy.

He duly signs up to help Senator John Mordire (Madsen), a powerful politician, on one of his campaigns.

Unhappily for Stan, he gradually becomes aware that US politics doesn't operate all that differently from politics in Mombaire, with fraud, corruption and the influence of big money pervasive.

Even worse, Stan discovers that part of the trail of sleaze surrounding Senator Mordire's campaign leads perilously close to his home nation and will face a tough decision about whether to close his eyes or investigate further.