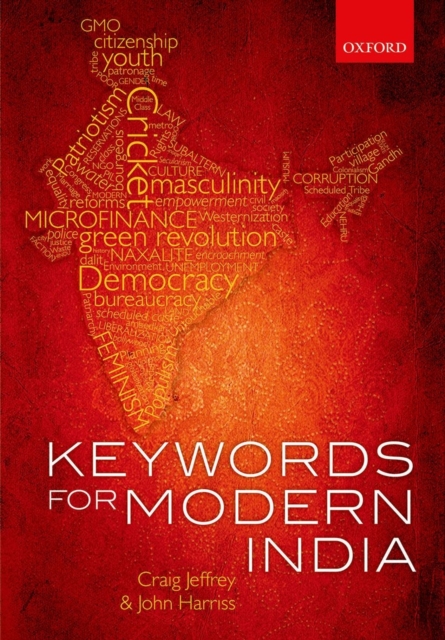 What have English terms such as 'civil society', 'democracy', 'development' or 'nationalism' come to mean in an Indian context and how have their meanings and uses changed over time?

Why are they the subjects of so much debate - in their everyday uses as well as amongst scholars?

How did a concept such as 'Hinduism' come to be framed, and what does it mean now?

What is 'caste'? Does it have quite the same meaning now as in the past?

Why is the idea of 'faction' sosignificant in modern India?

Why has the idea of 'empowerment' come to be used so extensively?

These are the sorts of questions that are addressed in this book.

Keywords for Modern India is modelled after the classic exploration of English culture and society through the study of keywords - words that are 'strong, important and persuasive' - by Raymond Williams.

The book, like Williams' Keywords, is not a dictionary or an encyclopaedia.

Williams said that his was 'an inquiry into a vocabulary', and Keywords for Modern India presents just such an inquiry into the vocabulary deployed in writing in and about India in the Englishlanguage - which has long been and is becoming ever more a critically important language in India's culture and society.

Exploring the changing uses and contested meanings of common but significant words is a powerful and illuminating way of understanding contemporary India, for scholars and for students, and for generalreaders.