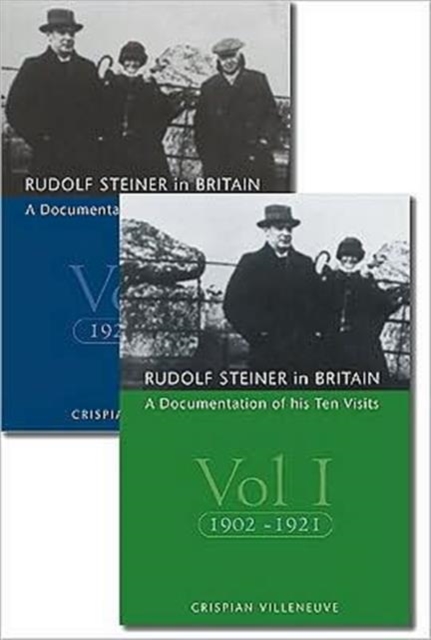 Rudolf Steiner in Britain : A Documentation of His Ten Visits, 1902-25 Paperback / softback

Rudolf Steiner, the founder of Anthroposophy, spent some five months of his life in Britain, visiting it ten times between the years 1902 and 1924.

With the exception of German-speaking countries, the longest time Steiner spent abroad was in Britain, a place he clearly considered as central to his work.

In this extraordinarily thorough study of over 1,200 pages and dozens of illustrations, Crispian Villeneuve documents these important visits, reproducing letters, articles, records and other archival material - much of it published for the first time.

He also studies the interconnected theme of the life and work of D.N.

Dunlop, Rudolf Steiner's closest British colleague. Rudolf Steiner in Britain has special significance for English-speaking peoples around the world, as well as for those seeking to understand how and why Steiner disseminated his spiritual world-view.

Villeneuve's two-volume opus, the fruit of a decade of research, is finally available in a paperback edition.