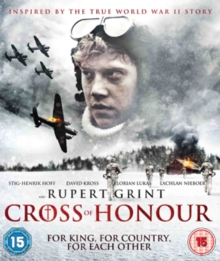 World War II drama starring Rupert Grint in which the crews of English and German planes who shoot each other down are forced to band together to survive a tough Norwegian winter.

It is 1940 and the conflict between Britain and Germany is in its infancy when an aerial clash results in planes from both sides crashing in a remote area of Norway.

The survivors of the incident seek refuge in the same mountain cabin and are forced to try and put their differences aside to deal with the merciless conditions.

Will the men, who include Gunner Robert Smith (Grint) and Unteroffizier Josef Schwartz (David Kross), be able to develop a relationship or will the divisiveness of the war tear them apart?