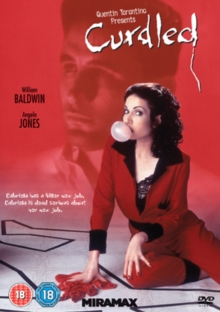 Director Reb Braddock expanded his 1991 short into this dark comedy - his original short inspired a section of the storyline in Quentin Tarantino's cult film 'Pulp Fiction' and Tarantino helped produce this feature and even appears in a cameo role.

Gabriela (Angela Jones) is obsessed with murder, and has been for as long as she can remember.

In order to become closer to the subject of her dark hobby, she joins a firm specialising in the professional cleaning up of crime scenes in Miami, and begins fantasising about the 'Blue Blood' serial killer who is stalking the town.

Gabriela's fantasy becomes reality when she has a face to face encounter with the killer, but she is forced to ask herself whether she is literally dying to meet him.