Part of the Thomas Treviot series

Starring Thomas Treviot, each novel in this thrilling new series of historical mysteries is based on a real unsolved Tudor crime. 1536. In the corrupt heart of Tudor London a killer waits in the shadows... The Real CrimeBefore dawn on a misty November morning in 1536, prominent mercer Robert Packington was gunned down as he crossed Cheapside on his way to early morning mass.

It was the first assassination by handgun in the history of the capital and subsequently shook the city to its core. The identity of his assassin has remained a mystery. Our StoryThomas Treviot is a young London goldsmith and a close family friend of Robert Packington.

Through his own upstanding social connections - and some less upstanding acquaintances he has made along the way - Thomas launches a dramatic investigation into Packington's death.

As Thomas searches for revenge, he must travel from the golden heart of merchant London, to the straw-covered backstreets of London's poorest districts before reaching the country's seat of power: the court of King Henry VIII.

Before long he is drawn into a dark conspiracy beyond his wildest imaginings and claiming justice for his friend starts to look impossible.

Especially when Thomas realises that Robert wasn't the man he thought he knew... In the first of a new series investigating real unsolved Tudor crimes, D.K.

Wilson brings the streets of Tudor London to spectacular life as Thomas Treviot faces a fight to bring the truth to light in the corrupt world of Anne Boleyn, Thomas Cromwell and Henry VIII. 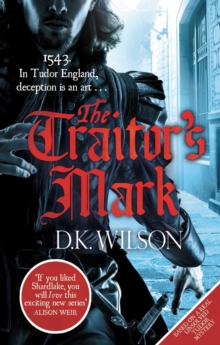 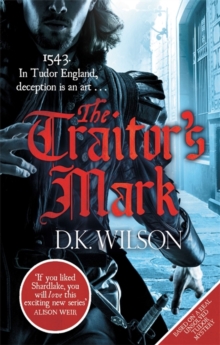 The Traitor`s Mark - A Tudor Mystery

Also in the Thomas Treviot series