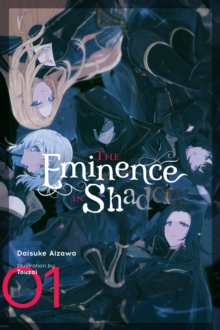 Shadowbrokers are those whogo unnoticed, posing as unremarkable people when in truth, they controleverything from behind the scenes.

Sid wants to be some just like that more thananything, and something as insignificant as boring reality isn't going to get inhis way!

He trains in secret every single night, preparing for his eventual riseto power-only to denied his destiny by a run of the mill yet deadly trafficaccident.

But when he wakes up in a another world and suddenly finds himself atthe head of an actual secret organization doing battle with evil in the shadows,he'll finally get a chance to act out all of his delusionalfantasies!