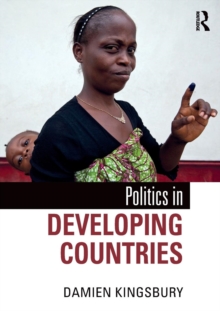 Politics in Developing Countries provides a clear and reader-friendly introduction to the key factors and themes that shape political processes in developing countries.

Achieving development outcomes such as reducing poverty and inequality is only possible through efficient governance, well-planned policies and careful allocation of resources, but often politics in developing countries has been identified with mismanagement, corruption, conflict and repression of dissent.

This book assesses the politics of developing countries in the period since decolonisation, focusing on the ways in which states have or have not worked to the advancement of their citizens' interests.

Key topics include:Colonialism and its legacy Ethnicity and nation building Governance, corruption and the role of the state Poverty and the political economy of development Aid and outside influence.

Drawing on a range of case studies from around the world, Politics in Developing Countries looks at the consistencies and variations between developing countries, examining why some have forestalled political change by liberalising their economies, and others have actively stifled calls for change.

Wide-ranging and engagingly written, this introductory textbook is perfect for students of politics and international development, as well as for those with a general interest in the challenges faced by countries in the Global South.