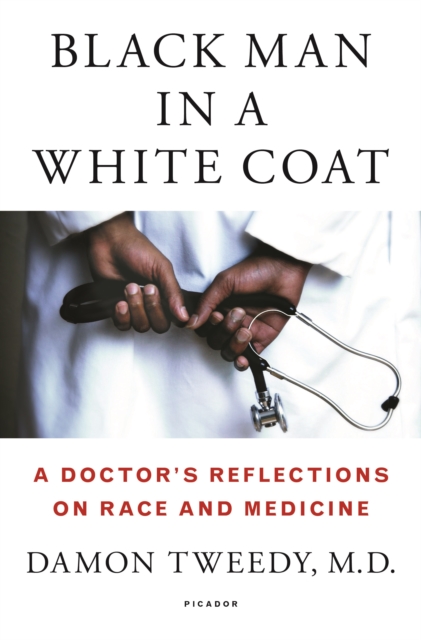 When Damon Tweedy first enters the halls of Duke University Medical School on a full scholarship, he envisions a bright future where his segregated, working class background will become largely irrelevant.

Instead, he finds that he has joined a new world where race is front and center.

When one of his first professors mistakes him for a maintenance worker, it is a moment that crystallizes the challenges he will face throughout his early career.

Making matters worse, in lecture after lecture the common refrain for numerous diseases resounds, "More common in blacks than whites." In riveting, honest prose, Black Man in a White Coat examines the complex ways in which both black doctors and patients must navigate the difficult and often contradictory terrain of race and medicine.

As Tweedy transforms from student to practicing physician, he discovers how often race influences his encounters with patients.

Through their stories, he illustrates the complex social, cultural, and economic factors at the root of most health problems in the black community.