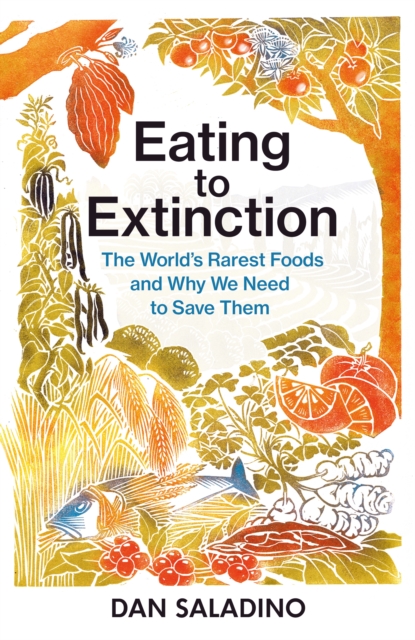 Eating to Extinction : The World's Rarest Foods and Why We Need to Save Them Hardback

'A book of wonders' Bee Wilson, Sunday Times, Books of the Year'Dan Saladino inspires us to believe that turning the tide is still possible.' Yotam Ottolenghi'I love this book...

I wish the whole world could read it' Raymond BlancEating to Extinction is an astonishing journey through the past, present and future of food, a love letter to the diversity of global food cultures, and a work of great urgency and hope. From a tiny crimson pear in the west of England to great chunks of fermented sheep meat in the Faroe Islands to an exploding corn in Mexico that might just hold the key to the future of food - these are just some of the thousands of foods around the world today that are at risk of being lost for ever. In this captivating and wide-ranging book, Dan Saladino spans the globe to uncover the stories of these foods.

He meets the pioneering farmers, scientists, cooks, food producers and indigenous communities who are preserving food traditions and fighting for change.

All human history is woven through these stories, from the first great migrations to the slave trade to the refugee crisis today.

But Eating to Extinction is about so much more than preserving the past.

Eating to Extinction reveals a world at a crisis point: the future of our planet depends on reclaiming genetic biodiversity before it is too late.